A Poem about the sea as a space of flight by Jehan Bseiso. 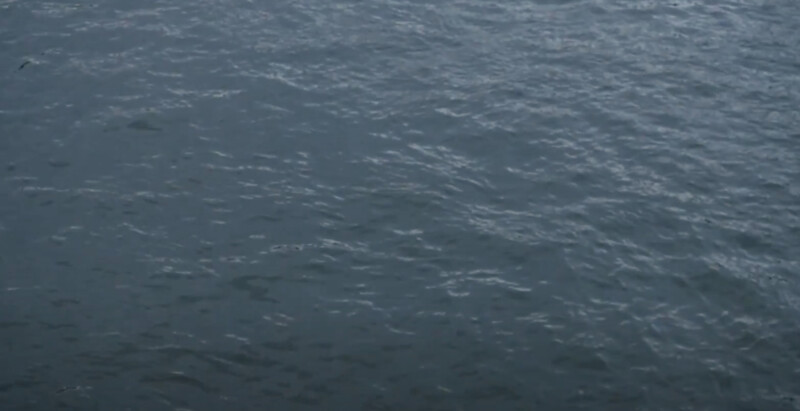 To Bassem and Doa, for their love,
and their bravery.
For the one of them who drowned.

The Water carried my body.
The Water didn’t carry my body, it was
my body
carried
the Water.

When the sea is calm, the boats keep coming,

When the summer ends, the boats don’t stop.

Malta mon amour, how many shoeless bodies
at the bottom of the sea?

Jehan Bseiso is a poet, researcher and aid worker. Her works have been published on several platforms. Furthermore, she is active in the work of Doctors Without Borders. Her poem “The Water” deals with the sea as a place that refugees cross on their way to Europe. With this, “The Water” becomes a place of hope and death.

In 2019, 79,889 people were counted by the beginning of November who came to Europe by the Mediterranean Sea. This is a smaller number than in previous years. The UNHCR is aware of 1,089 cases in which people lost their lives. By June 2019, around 22,800 people had been rescued from the Mediterranean. State-run sea rescue operations have been severely reduced in recent years. Private sea rescue services such as Sea-Watch, Mission Lifeline and SOS Méditerranée are trying to fill this gap and save as many people as possible whose lives are still threatened when crossing the Mediterranean. 11All figures and information are from UNHCR Germany: FAQ Sea Rescue, in: UNHCR Germany Website, 2019: https://www.unhcr.org/dach/de/services/faq/faq-seenotrettung#01 (26.11.2019).

Deaths of refugees who lost their lives in the Mediterranean Sea and elsewhere have been documented by UNITED for Intercultural Action since 1993. In addition, many people die during their flight, while their fate remains unknown.

Reposted from Mediterranean. Migrant Crossings with the kind permission of Bhakti Shringarpure, founder and editor in chief of Warscapes.

For a review of Mediterranean. Migrant Crossing see here.

Should I Stay or Should I Go?

Mustapha F. came to Sicily from Gambia. He had to spend several months in different reception camps until he came to Palermo. Since then he has been going to school, learning Italian and, like many others, working part-time (often several jobs and usually without an employment contract).

Fatima D. goes to school and receives training as a musician at the conservatory. Her future dream is to become a singer and musician. Her wish came about through a spontaneous encounter with a drum teacher who saw her playing the djembé.

Emmanuel comes from Ghana and has lived in Palermo since 1992. In the 27 years he has worked in various professions. Emmanuel could no longer pursue his profession as an industrial mechanic in Palermo and took a job as a night watchman in a flower shop.

“There is only the sun.”

Fatima D. on her flight

Fatima D. tells of her escape through the desert.

UNITED for Intercultural Action has been “collecting reliable data on refugee deaths related to Fortress Europe since 1993 in the ‘List of Deaths’”.

“For somebody without documents, the system is empty.”

An interview with refugee activist Bashir Zakaria on Berlin Oranienplatz conducted in 2013, in which he tells the story of his flight and arrival…

Zighinì and Injera from Eritrea

Zighinì and Injera from Eritrea

Yurdanus shares two recipes from her home country and tells her story of flight.

“You had to make the decision: Either you live, so go on, or turn around and have a shitty life again.”

At the age of 14, Mahdi A. decided to leave Iran and flee to Europe. He tells why he decided to flee, about the…