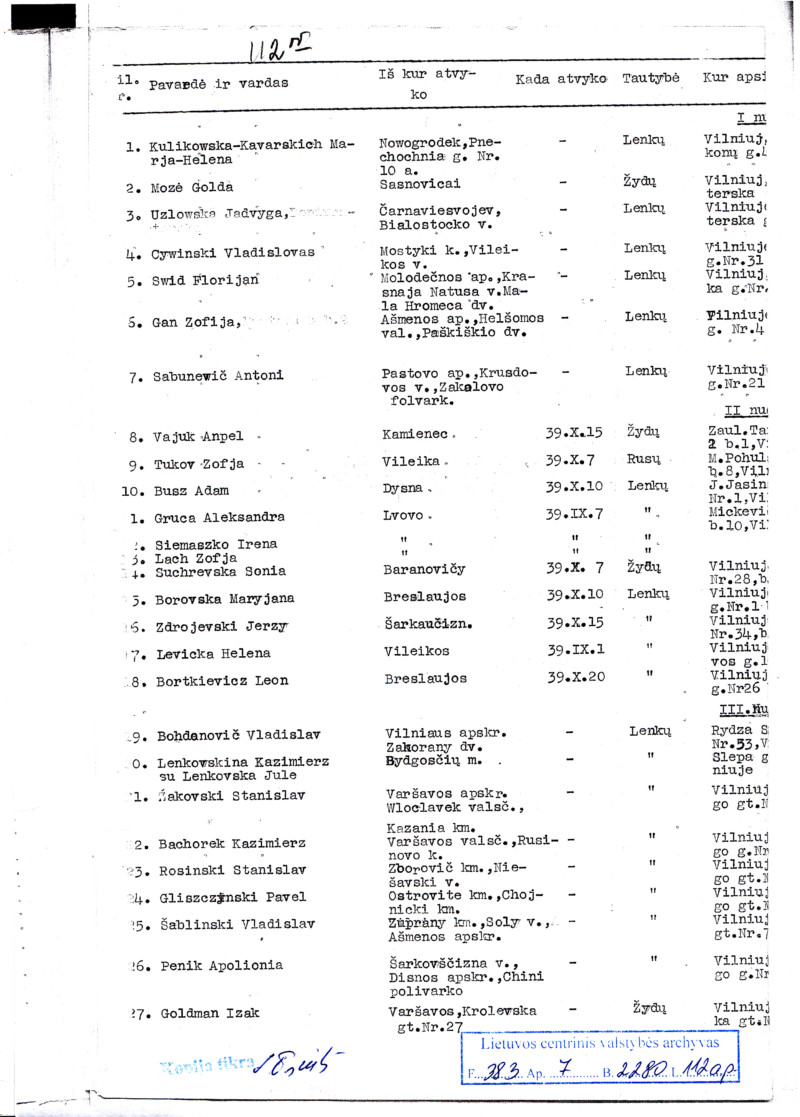 Due to the strategic negotiations of the Lithuanian government in September 1939 and the revised version of the Non-Aggression Pact between Germany and the Union of Soviet Socialist Republics that followed, Vilnius was turned overnight into the capital city of what had been at that point, the only neutral state in Eastern Europe. After the Germans invaded Poland in September 1939, Vilnius became the only place of refuge which offered temporary protection to over 30,000 Polish refugees in 1939/40, among them a lot of Jews.

This list documents a selection of names, “nationalities”, dates of arrivals and places of origins of refugees who arrived in Vilnius in 1939.

Internal Communication between the Vilnius Delegation of the American Jewish Joint Distribution Committee and the New York Headquarters.

“Their march looked deeper, more mystical in its tragedy than our crawling by train in the dirty carriages.”

“I testify that they deserve the most honorable title […] they were human beings!”

Moyshe Mandelman on the support network and solidarity in Vilnius

In the chaos of war, Moyshe Mandelman (1895-1963) made it to Vilnius in 1940. He was particularly impressed by the local Jewish aid networks…